AGK Feedback (Ayr 17/10/18) JM - Majority of my exam was from the bank, most of the questions with the exact same wording.  Overall Fair exam.

What is “Hard Time” maintenance of an aircraft component? 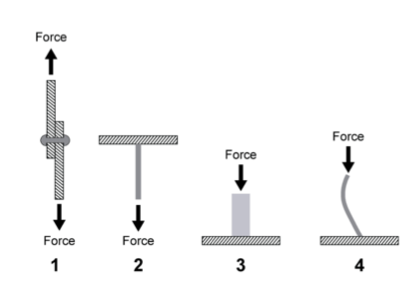 What electrical system is used to heat cockpit windows?

A SANDWICH type structure is often used in aircraft design because of its:

When the wing skin is not able to carry loads, the structural elements of the wing, which carry the bending moment, are:

The loading on the front spar of the torsion box from the wing root to the wing tip is:

Hydraulic pressure can be described as?

In a piston engine aircraft with an engine driven pneumatic pump which systems are operated by this? (New Question) (Not exact wording, to the best of my memory)

In a turbofan aircraft which statement is correct regarding heating of the tail fin? (New Question) (Not exact wording, to the best of my memory)

What would cause the autobrake system to activate on landing?

What systems can be used for alternate Landing gear extension?  Pick three from five.

The Number in the annex for the SIDE STAY/STRUT:

An Aircraft is flying a departure when roll control is lost in an aircraft fitted with irreversible flight controls. Which one of these would you expect to happen when the pilot tries to bank the aircraft: (New Question)

What is the purpose of a “Zener Diode”

Where are smoke detectors located on a turbofan aircraft?

Assume an initial condition at a high cruise altitude with a constant speed propeller. What will happen if the altitude is decreased while the throttle remains fully open and the waste gate is seized in the cruise position?

A magnetic plug in an engine oil system can be used to:

Beta Range of a Propeller in a turboprop aircraft: